An acute shortage of skilled workers, a state economy near full employment and an increase in the minimum wage all spell accelerating wage increases for 2016, right?

The persistent and curious disconnect between the tight labor market and wage increases will continue this year, according to the results of the 2016 Associated Industries of Massachusetts General Wage Survey. The study indicates that employers plan to increase wages by a modest 2.78 percent, more than last year’s 2.69 percent, but still less than the 2.9 percent budgeted by employers before the financial crisis of 2008.

The AIM results mirror national and global projections that wages will increase an average of 3 percent this year. The slow pace of wage increases appears to defy conventional economic theory that wages rise as the number of people looking for work falls – a process called the erosion of “spare capacity,” which ensures that all those who want to work do so, and leaving as few resources unemployed as possible.

Baffled economists have attributed the wage-recovery disconnect to everything from the rapid growth of low-wage positions to outsourcing to historically low rates of labor-force participation. But few of those factors pertain to the AIM survey results, which are heavily tilted toward higher-wage manufacturing companies that are particularly challenged by the shortage of qualified production workers.

Massachusetts approached full-employment levels this spring as the state jobless rate dropped to 4.2 percent. The AIM Business Confidence Index rose to a 10-month high during May and has remained in positive territory since October 2013.

“The good news is that the Massachusetts and US economies have proven remarkably resilient in the face of weak growth globally that unsettled financial markets at the beginning of the year,” said Raymond G. Torto, Chair of AIM's Board of Economic Advisors (BEA) and Lecturer, Harvard Graduate School of Design.

So, how to explain a projected 2.78 percent average wage increase?

Start with the fact that many employers remain cautious about increasing wages or expanding amid what has become a wildly inconsistent economy. Just when the nation appears to be building momentum in terms of output and financial performance, the pace of job growth dropped to its lowest level in May since 2010.

Inconsistencies also infuse the Massachusetts growth picture. The shortage of software professionals, scientists and engineers that has prompted some companies to pay five-figure referral bonuses in the white-hot Greater Boston region becomes far less acute in Gateway Cities and in other regions outside the Route 128 technology belt.

Consider as well the relentless development of technology that allows companies to automate products, operations and services. Massachusetts manufacturers now turn out far more product with far fewer people than they did 25 years ago, changing the demand equation from finding large numbers of people to finding smaller numbers of more qualified people.

The lingering question is whether employers will be able to hold to their modest wage-increase budgets in the face of all the upward pressure on compensation. The employers who participate in the AIM General Wage Survey are generally cold-eyed and realistic about their wage plans, but experts believe the tight labor market may force them to raise their projections to attract and retain key performers.

In the meantime, employers are considering multiple strategies to manage compensation costs:

Here are details about some of the factors influencing wages in Massachusetts:

The minimum wage increased from $9 to $10 per hour, effective January 1, 2016.  It will increase again on January 1, 2017 to $11.  These increases will strain the year-over-year salary budgets of many employers in two ways.  First, employers with employees at the minimum wage will experience a 22 percent increase to labor costs in those positions. Second, as wages for minimum-wage earners increase, employees in positions currently compensated in the $11-$15 range will be seeking above- average increases to maintain their differential to minimum wage.  Employers will be hard pressed to meet these needs within a 3 percent increase budget.

Many Massachusetts employers have expressed concern about the shortage of potential employees possessing the necessary skills needed in an increasingly complex economy.  Filling these positions will result in newer employees entering the work force at wages equal to, or higher than, existing employees with more years of experience.  Employers will thus face internal pressure to dedicate additional dollars to experienced employees to maintain internal equity.  A detailed discussion of “tough to fill” positions is included in the AIM 2016 General Wage Survey summary, including listings of positions experiencing the largest annual increase from 2015 to 2016.

For the fourth year in a row, participants in the annual AIM General Wage Survey have identified managing low performers as their compensation priority.  The strategic handling of poor performers may provide additional budget strain as low performers exit the work force and employers seek to replace them in a tight employment market.  Strategies for effectively managing performance are discussed in more detail within the AIM 2016 General Wage Survey summary.

Employers will need to choose wisely and set priorities for targeted employee groups.  Treating 3 percent as a hard cap on wage escalation might not be the best option for 2016. 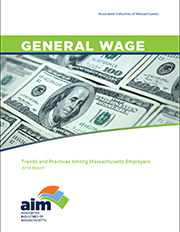 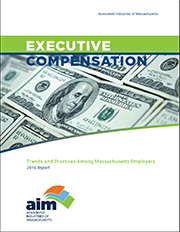